SBMC HAILED AS REVOLUTIONARY FOR SCOTTISH VETERANS AFTER MINISTERIAL BACKING 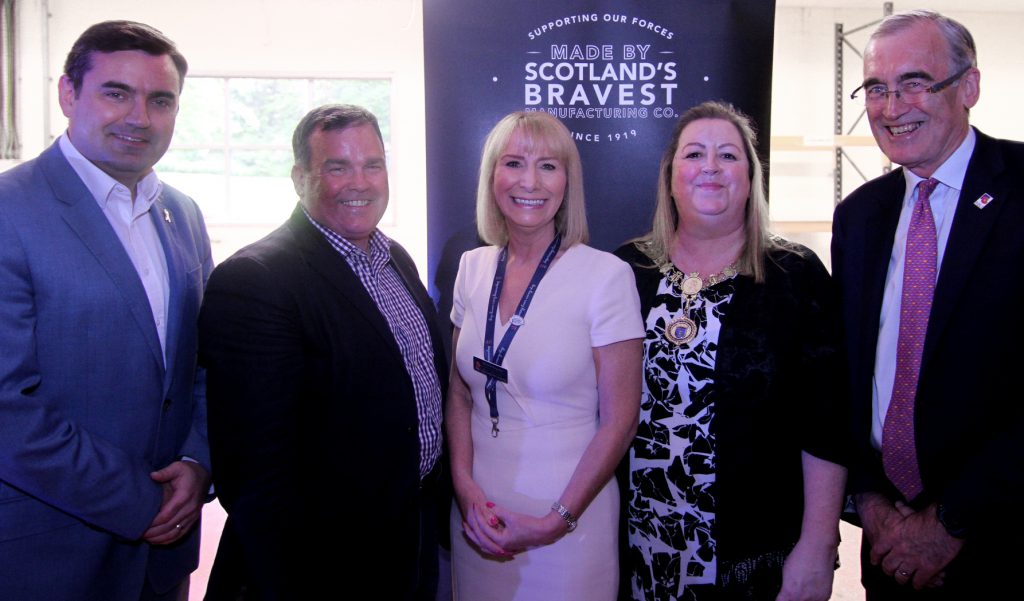 Scotland's Bravest Manufacturing Company - the largest employment project for veterans in decades - has been hailed as a revolutionary step in helping the country’s ex-forces into work – less than a month after receiving financial backing from ministers.

The social enterprise which is to hire more than 40 of the country’s ex-servicemen and women, celebrated a backing of almost £60,000 from the Scottish Veterans Fund at an event this week where inaugural director Michelle Ferguson showcased the business model to a 50-strong room.

Gavin Newlands MP, who was amongst the attendees, heaped praise on Bishopton-based SBMC, which will provide specialised signage, printing and circular economy services for both the public and private sector following its opening later in the year.

The Paisley and Renfrewshire North Newlands MP said: “Despite often facing significant challenges due to life-changing mental and physical disabilities, the vast majority of this country’s ex-servicemen and women have an immense appetite for employment – and moving veterans into work is something we are always eager to encourage.

“However, the employment must be rewarding and sustainable, as well as flexible to suit the range of needs many may veterans have.

As a not-for-profit enterprise, SBMC, which is owned by Royal British Legion Industries and established in collaboration with Erskine, will reinvest its entire surplus to offer greater opportunities to the country’s veterans.

Colin, who joined the Royal Signals in 1985 before leaving after a brief period due to a knee injury, said: “Military personnel have an extraordinary skillset which is too often overlooked by employers, but as SBMC flourishes, the transferable talents of veterans will become apparent.”

Jim Wilson, General Secretary of Veterans Scotland, said: “The military charity community in Scotland is unwavering in its drive to support the country’s ex-servicemen and women to the very best of our ability – and the Scottish Veterans Fund, funded by the Scottish Government and Standard Life Aberdeen, is a crucial tool in allowing us to do that.

“With pioneering projects like Scotland’s Bravest Manufacturing Company, made possible by the fund, we can proudly say that Scottish veterans increasingly have places to turn to when faced with challenges in the civilian world.”

Speaking at event, Michelle Ferguson, director of SBMC, said: “We are immensely proud to have received the backing of Gavin, the Scottish Veterans Fund, and others at the showcasing of the aspiration and ethos of SBMC – their support will help us change the lives of veterans in need of work in this country.”